Home LSAT Prep The LSAT Edge Getting into UK... 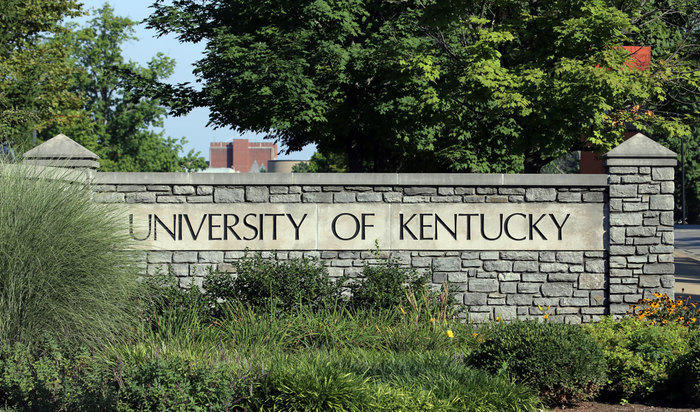 The University of Kentucky College of Law, also known as UK Law, is an ABA-accredited public law school. The school launched in 1908, making it one of the oldest public law schools in the US. In 2019, the school changed its name to the J. David Rosenberg College of Law in honor of a 1974 graduate who donated $20 million to the college.

The UK College of Law publishes the Kentucky Law Journal, the tenth-oldest student-run law review publication in the US, as well as the Kentucky Journal of Equine, Agriculture & Natural Resources Law, which is also student-run.

In terms of education quality, the UK College of Law is a leading institution. Among US public schools, the institution ranks at #31 and is ranked highest among Kentucky’s three law schools.

The school provides personalized training to each student. It can do this because of its 8.1:1 student to faculty ratio. In such small classes, professors can interact one-on-one with students and provide personalized assistance to help them succeed.

Many of the school’s legal courses rank highly, such as:

You can specialize in any of these areas of law through the school’s regular full-time program or opt for one of its dual-degree programs. Dual-degree programs are a cost-effective option for gaining a Juris Doctor (JD) and another degree at the same time. UK Law’s dual-degree options are:

In addition to academic teachings, the UK College of Law has various programs that teach students about real-world legal practice. These include:

Participating in the legal clinic is ideal for mastering substantive and procedural law, legal research and analysis, and case planning and management before graduating. Because of the effectiveness of the institute’s legal education, over 80% of UK Law’s graduates find employment within nine months of graduating.

Law school rankings give an idea of a law school’s quality. Organizations typically calculate rankings based on a school’s:

Schools that score the highest for these factors will have an overall high ranking. But you shouldn’t base your choice of law school solely on rankings. For example, Yale and Stanford are among the top five law schools, which makes them highly appealing. But because of their attractiveness, these schools receive numerous applications, which makes gaining admission highly competitive. Plus, tuition is very expensive.

According to the 2021 US News and World Report, the UK College of Law is #70 among the best law schools. PublicLegal’s 2020 Raw Data Law School Rankings Report places the institution at #92. While these numbers aren’t the best, it doesn’t change the fact that the UK College of Law has impressive bar passage and employment rates.

Plus, the requirements to get into UK Law aren’t as stringent as those of the top ten law schools.

What is the UK College of Law’s Acceptance Rate?

Fluctuations in a school’s acceptance rate are dependent on two primary factors: changes in the school’s admission requirement, and an increase in the number of applicants.

As for the school’s requirements, these refer to the qualifications you need to receive admission. Getting into the J. David Rosenberg College of Law requires having a GPA and LSAT score that meets the school’s specifications.

Said specifications may change each session. For example, a school may increase its minimum requirement to narrow down candidates when there are too many applications.

To be on the safe side, aim to score higher than the accepted minimum GPA and LSAT of the previous year. Since law schools attach more weight to LSAT scores, the higher your LSAT, the better your chances of receiving an offer. You can also give yourself an advantage by accompanying your application with a convincing personal statement and letters of reference from notable recommenders.

Promotional Opportunity: “Want to get into the UK College of Law? Sign up for LSATMax”

What is the Tuition for the UK College of Law?

What are the Living Expenses at the UK College of Law?

What are the Housing Options at the UK College of Law?

Bar Passage Rates at the UK College of Law

What Materials do I Need When Applying to the UK College of Law?

UK Law accepts first-year students for the fall semester only. You must submit the following application materials before that time:

When does the UK College of Law School Begin Accepting Applications?

The UK College of Law begins accepting applications on September 1. If you miss the submission window, you must wait until the next one.

How are Applications to the UK College of Law Submitted?

Applicants must submit all application documents via the Law School Admission Council (LSAC).

Does the UK College of Law Have an “Early Admission” or “Early Decision” Process?

The UK College of Law does not have an early admission process. First-year applicants must complete their applications between September 1 and April 25.

How Much is the Application Fee and When is the Deadline?

The application fee is $50, and you must pay it via the LSAC. The deadline to submit applications is April 25.

Does the UK College of Law Grant Interviews?

Generally, UK Law doesn’t grant interviews. But if a candidate is applying for a legal scholarship, the admissions committee may request an interview.

Employment After the UK College of Law

Attending a school that increases your chances of quickly finding employment is often a priority for prospective lawyers and is why so many aim for the top ten. Even though it’s not a top-ten school, UK Law’s employment rates are still impressive.

UK Law graduates enjoy careers in various industries outside of legal practice as well. According to 2019 numbers, 87.8% of graduates reported having jobs within nine months of graduating. Only 54% of those graduates worked in law firms.

A total of 11% went on to start a business or work for a business, while 12% gained employment in government establishments. An additional 2% pursued careers in public interest, while 3% furthered their education or pursued a career in academia.

Most of these graduates (80%) remained in Kentucky, while 4% relocated to the District of Columbia for work. These numbers indicate employers find UK College of Law graduates to be highly employable.

On the downside, the starting salaries of UK Law graduates are not the most attractive. The PublicLegal Law School Rankings by Median Salary place UK Law 141st out of 200. The median salary of graduates in the private sector is $61,000 a year, while those in the public sector earn $42,000.