Home LSAT Prep The LSAT Edge Getting into UN... 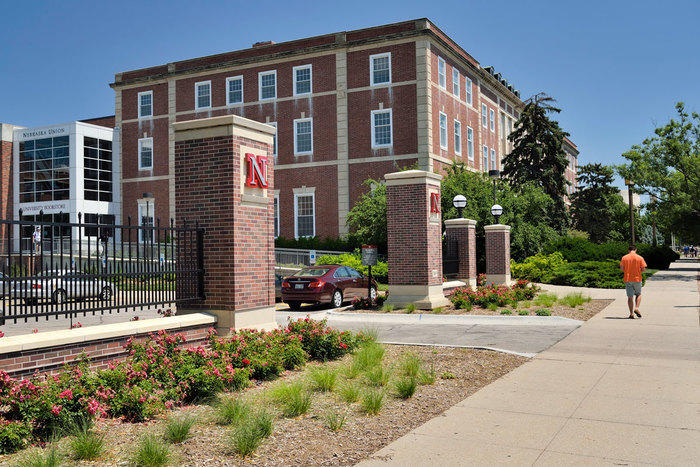 Founded in 1888, the University of Nebraska College of Law (UNL Law School) is one of the professional graduate schools of the University of Nebraska system, located in the capital city of Lincoln. The ABA-accredited law school draws its faculty and students from all over the world to create a close-knit community that features a wide-ranging curriculum and set of learning experiences.

With a student-faculty ratio of 8.1, UNL Law School takes pride in its small and exclusive LL.M. (Masters of Law) classes. In addition to a typical law program, the College of Law offers several LL.M. degree options:

The school typically admits 7 to 9 masters students every year into the Space, Cyber, and Telecommunications Law program. The Global Legal Practice LL.M. program, on the other hand, takes in 1 to 3 students per year.

Students at the UNL Law School can also choose from various joint degree options if they want to pursue two degrees simultaneously. The joint programs include:

Law students looking to gain international experience can participate in a six-week program at the University of Cambridge in the United Kingdom. The UNL Law School works with several other universities to facilitate its international study program:

Students at the UNL Law School may also contribute to legal journals such as the Nebraska Law Review.

The law school has more than 9,000 alumni who are part of the most dedicated alumni network in the world. Some of the school’s notable alumni are John R. McCarl (Class of 1903), first Comptroller General of the United States, and Thomas Wayde Pittman (Class of 1992), Head of Chambers for the International Criminal Tribunal for the former Yugoslavia (ICTY).

The law school ranking is one of the significant factors to consider when looking for the best law school. It affects a law graduate’s employment prospects since most employers prefer graduates from top-ranking law schools. According to the U.S. News and World Report’s 2012 rankings, UNL Law School is the 76th best law school in the country.

In 2019, Above the Law Top 50 Law School Rankings ranked the UNL Law School 36th among the top U.S. law schools.  Above the Law’s rankings incorporate American Bar Association employment data. The site considers its rankings based upon the success of graduates at any class rank in finding high-quality employment.

UNL Law School’s Class of 2018 attained a 94% employment rate within ten months after graduation. Consequently, the law school ranked 6th in the country for bar-passage-required and J.D. advantage employment.

What Is The UNL Law School Acceptance Rate?

The University of Nebraska College of Law is quite selective, with an acceptance rate of 63%. Admissions officials at the law school consider a student’s undergraduate GPA as well as high school class rank. However, they don’t often consider letters of recommendation when determining acceptance.

Besides the undergraduate GPA, another major factor the Admissions Committee considers is the LSAT score. The Fall 2015 entering class had a median LSAT score of 156, while the median GPA was about 3.66.

It’s worth noting that the admission officials also consider the quality of the undergraduate institution, course of study, work experience, personal experiences, personal statement, and extracurricular activities, as well as any inconsistencies in the candidate’s academic performance.

Below are additional statistics for the UNL Law School admissions:

What Is the Tuition for UNL Law School?

What Are The Living Expenses At UNL Law School?

What Are The Housing Options At  UNL Law School?

When will the UNL Law School application materials be available?

Prospective students may start an application to UNL Law School as early as September, but materials are accessible year-round on their website.

How are applications to UNL Law School submitted?

Does UNL Law School have an “early admission” or an “early decision” process?

UNL Law School does not participate in a binding early admission or early decision process.

An interview is not part of the UNL Law School admissions process. A meeting with the school’s admissions staff won’t affect the outcome of your application or admission. However, the University of Nebraska encourages applicants to visit the College of Law so they can make the best possible decision if accepted.

The employment rate for the UNL School of Law is often above the national average. The impressive employment rate is partly a result of the commitment by the UNL Career Services Office (CSO) to provide students and graduates with the information and tools they need for successful career development.

For the Class of 2014, about 87% of graduates obtained employment in J.D.-required or J.D.-advantaged positions within ten months after graduation.

According to the University of Nebraska’s official 2017 American Bar Association disclosures, 70.3% of the 2016 graduating class found full-time, permanent, J.D.-required jobs within nine months after graduation.

At least 73% of the school’s alumni choose to work in Nebraska, while the rest look for opportunities across the country and the globe. Below is a summary of where UNL Law School Graduates tend to get employment once they complete their studies:

Some UNL Law School graduates have established careers in the space and cyber fields, ranging from private industry to policy or national security. Careers in the private sector include those with satellite manufacturers and launch providers. The national security sector opportunities include working for the military, as defense contractors, and as civilians working for the Defense Department.