Home LSAT Prep The LSAT Edge Getting into UW... 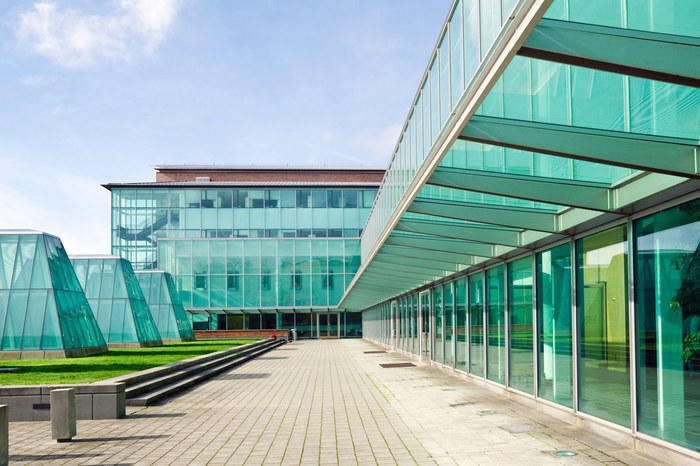 The University of Washington School of Law is one of the most prestigious law schools in the country. Compared to other law schools, UW is among the oldest, and as a result, has carved a reputation of blending traditional laws with modern legal practices to provide holistic curriculums to its students.

UW is in Seattle, Washington, and was established way back in 1899. Its current law building, however, was funded and rightfully named after William H. Gates Sr., Bill Gates' father. The William H. Gates Hall is a structure to behold. Construction finished in 2003, and the building boasts of a modern architecture that is highly energy efficient. Its wide windows and skylights allow natural light into the corridors and the library.

Since its formation, UW Law has established itself as one of the world's best legal and research institutions. From 1974, UW has been among the top five universities in receiving federal research funding, a true indication of the law school's commitment to providing groundbreaking curriculums and extensive research.

Students of UW Law get the chance to participate in the institution's well-respected law journal editorial boards. Students run all the journals. They publish well-researched articles from practitioners and professors across the country and the world.  They also publish stand-out legal articles for UW law students in the journals.

The U.S News & World Report ranked UW Law as a good law school that offers top-rated courses that prepare students for top-notch legal cases. UW Law's Intellectual Property specialty program gets high ratings, while the Clinical Training and Tax Specialty programs were ranked 26th and 25, respectively.  The strategic location of UW law in Seattle, a hotbed of technology and innovation, gives students the chance to learn in a fast-paced environment that is both challenging and inspirational.

UW law offers nine graduate programs that include LL.M. in Asian & Comparative Law, General Law, Global Business Law, Health Law, Intellectual Property Law and Policy, Taxation Law, Sustainable Development Law, Master of Jurisprudence, and Ph.D in Law. It is important to note that the deadlines for applying for these courses vary by program.

When it comes to law schools, overall school rankings are important as they help to determine the ability of schools to produce competent graduates who are work-ready and skilled enough to practice. Employers usually view these metrics when it comes to internship or hiring, whereby schools that are highly rated are often preferred and seen as institutions that are competent and thorough enough in their curriculums.

Although rankings tend to differ based on the organization doing the research, UW Law ranks among the top 40 in most lists. The 2020 U.S News &World Report ranks UW as the 44th best law school in the country, thus making it the Pacific Northwest's highest-ranking law school and a force to reckon with among law schools in the country.

UW Law's Intellectual Property specialty program is ranked 13th nationally as per the U.S News & World Report. The university also has several courses ranked in the list's top 20, making it a credible institution to start or further your legal career.

What is the UW Law School Acceptance Rate?

The overall rankings of an institution more often than not determine the acceptance rate. For instance, the best-rated law schools in the country are usually challenging to get into, which lowers their overall acceptance rate. Other metrics, like prestige and reputation, also play a huge role in determining the admission rates of a law school.

Experts view the University of Washington as a competitive law school that accepts 27% of its total applicants. While this figure appears low, it is slightly high compared to top law schools that have meaner acceptance rates of up to 21.10%.

The total number of applicants in 2019 stood at 2,877, while only 775 were offered a place at the institution. Only 170 students joined the class of 2023. Important factors that determine whether or not you are granted admission are the GPA and LSAT scores.

Of course, to secure a spot in top-ranked institutions, you will be required to score highly in these tests. In 2019, the average score stood at 3.65. The average is not as high as that of institutions like Yale and Harvard, which had GPA averages of 3.93 and 3.86, respectively.

The average LSAT score for 2019 admissions was 164, rather low compared to top schools like Harvard and Yale that had similar LSAT averages of 173.

While the GPA and LSAT scores of UW Law are not as high as other top schools, they are still high based on the national average. To stand a chance for admission to this prestigious university, you should be a top performer with above-average scores in these highly important tests.

Want to know more about admission statistics for UW Law? Take a look at the below figures and tables.

What is the Tuition for UW Law School?

When will the UW Law School Application Materials be Available?

To join the University of Washington Law School, you must apply online at the website. The applications for the class of 2024 opened on October 1, 2019, and will close on March 15, 2020. The deadlines are non-negotiable.

How are Applications to UW Law School Submitted?

For applications at UW Law to be considered, applicants must register with the Law School Admission Council (LSAC) and the Credential Assembly Service (CAS). You must take the LSAT test and prove that you have earned a genuine baccalaureate degree from an accredited U.S. university or a foreign university. The university where you receive a degree must have a program and curriculum deemed comparable to UW Law's four-year baccalaureate degree.

Does UW Law have an Early Admission or Early Decision Process?

How Much is the Application Fee and the Deadline?

No, UW Law does not grant interviews to its applicants during the admissions process.

UW Law class of 2018 recorded an impressive 83% level of employment, with 3% pursuing further studies. Forty-four percent of the graduates landed jobs in law firms while 15% secured employment in business institutions. Impressively, 15% of UW Law graduates work in the government sector, and a further 9% work in the public interest sector.

In regards to the state, 82% of the graduates secured employment opportunities in the state of Washington, thus proving that the University of Washington has a strong appeal to both public and private institutions within the state.

Compared to other law schools, the University of Washington School of Law has a strong reputation for producing work-ready graduates. The employment statistics indicate that most students secure top-paying jobs within the first year of graduation.

In terms of salary, UW Law graduates who secure employment in law firms earn the highest salaries compared to those working in other sectors. Business lawyers and government lawyers as well earn a decent salary, which serves as a motivation for the academic investment that students make during their time on campus.

The average salary for UW Law graduates ranges from $45,000 to $175,000. However, some graduates have reported earning up to $185,000, making UW Law a prime institution for students looking to venture into legal practice.