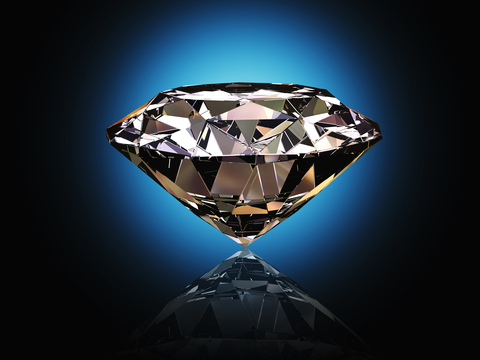 For our LSAT prep today, we're going to review everyone's favorite game from the December 2015 LSAT, the third logic game, which states:

“Four employees—Jackson, Larabee, Paulson, and Torillo—are to select from among four offices—W, X, Y, and Z. The order in which they select, from first to fourth, is to be decided by a random drawing. Each employee has ranked the offices from first (highest) to fourth (lowest) as follows:”

And then it sets forth the rankings for the employees and then it proceeds to the restrictions.

Before we move to the restrictions, let's take a closer look at what we're seeing here. Notice, we have four employees, Jackson, Larabee, Paulson and Torillo. They're selecting among four offices, W, X, Y and Z. They're going to select in order first to fourth. We do have an order here. We will be selecting first, second, third, fourth. The priority will be determined by a random drawing but it's really a multi-linear game, because not only are we going to select an office, we're going to need to know which employee made that selection. We're going to see employee and offices.

Just to make sure we keep it clear, I'm going to draw out the rankings of each employee. Again, we have our four employees. There you have what is set forth there in terms of ranking priority for each employee. Before we proceed here, I just want to make a couple of comments. The first and most important thing at this point, a lot of students had already freaked out. This game is not your traditional game. It seems as you see, as we proceed here to the restrictions, they're very abstract but freaking out is not going to do anything for you on the exam. It's really important to remain calm, make sure you have a clear understanding of the conditions and go through the questions as quickly as possible, applying the conditions that you're given.

Keeping that in mind, let's turn our attention to the restrictions. The first restriction here tells us, "Each employee selects an office that has not been selected previously." What that tells us is that each office is going to appear once, and only once so this is a one-to-one game. Now, again, that had to be stated. We couldn't assume that each employee was going to get their own office. It was possible that they could share. That rule sets forth that each office is going to be selected by one employee.

The next rule tells us that, "Each employee selects only one office." That establishes that our employees now are also going to be one-to-one. We have four employees, four offices.

And the last rule states that, "Each employee selects the office that he or she ranks the highest among the unselected offices." Obviously, that makes plenty of sense. That's the whole idea of a ranking priority.

Now, let's just, for purposes of really making sure we understand this game before proceeding, let's do some examples of how this game might play out. Turning our attention over here to our possibilities. The first thing I want you to notice is that every single employee has either X or Y as their first priority. Clearly, these are the corner offices. That allows us to make a deduction here that the first office selected is going to be either X or Y.

Turning our attention now to the second position, we notice that W does not appear. When you combine that with the fact that W also doesn't appear in anyone's first position that allows us to conclude that W does not appear second. So that means that now, W must appear either third or fourth. Let's place W third just to try it out and get a better sense of how this game is actually going to work here.

Drawing out a quick hypothetical in which we place W third. Now, notice, for W to be third, that would mean that Larabee is picking third. J, P and T all have W as their fourth selection. Here, we have L picking third and picking W. Notice now that means that first and second are going to be J, P and T. You notice that J, P and T all have Y first or second. J has Y first. P has Y first. T has Y second. Y is either first or second for J, P and T. What that means is that Y is going to be one of the first or second positions here. The only other offices that remain are X and Z. This leads to a very important deduction. Notice, when Larabee goes third in this scenario, one of X or Z is going to be present, which means that Larabee would not be selecting W. Larabee would be selecting X or Z. Again, because Y and one of X or Z comes first. There's no possible scenario where X and Z show up first and second when Larabee is selecting third.

That leads to a huge deduction here that W cannot be third, which means W must be fourth. Now, given that our game is quite restrictive in that we know either X or Y is going to be first, let's draw out these two possibilities. Erasing our hypothetical here that proved that W cannot be third, just to clear up some room here. In scenario one, we are going to place X first. If X is first, that means one of L or T is selecting first, because those are the only two employees that have X ranked first. We know first is going to be L or T in this scenario. Who's left in terms of offices? Well, Z and Y. We're going to have our reverse dual options here, second and third.

Drawing out scenario two now. In scenario two, we're going to place Y first and if Y is first, that means either J or P is selecting first, because those are the only 2 employees with Y as their first option. Who's left in terms of offices? X or Z. We're going to have these reverse dual options here.

So there you have the set up and the deductions for this game. Now, obviously, if you weren't able to make this key deduction that W is fourth, it's not the end of the world. Again, this is a very rule driven game. If you are aggressive with these rules and go through the questions, you should still be able to complete it. Now, again, it's really important to just make sure you understand how this game works. We have a great understanding of this now. Let's turn our attention to the questions.