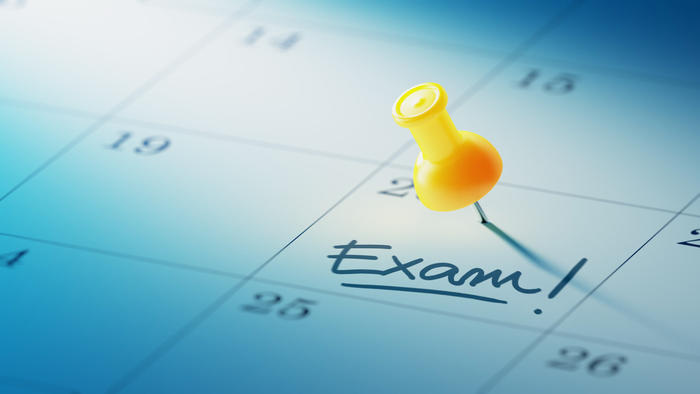 Today, we're interrupting our series on the "Bad Advice You've Gotten About the LSAT" with some news: the new 2023-2024 LSAT dates have arrived!

So, are you planning to begin law school in August 2024 but haven't already started studying for the LSAT? If so, you'll definitely want to take the LSAT on one of the following dates. Fortunately, there are plenty of dates to choose from. Here are the forthcoming LSATs:

So, there you have it, the menu of new LSAT options!

You may have a few questions about these dates. Like, "Can I register for them now?" (A: No, registration for all new dates will open in mid-May.) Or, maybe, "Why do the dates stop in the middle of the year?" (A: For strange and perhaps cultish reasons**, LSAC considers the year to go from July to June and not January to December like the rest of us. We'll get the July 2024 to June 2025 dates next year.)

**OK, they probably do this because the law school admissions cycle more or less closes completely by June, making June a fitting end to a calendar year for an institution that facilitates the whole applying-to-law-school business.

These dates may not register as news for you — if you've just started thinking about or studying for the LSAT, you probably haven't picked out the specific LSAT administration you plan to sign up for. And that's OK! These dates may also not register for exciting news for anyone, given that they are more or less identical to the 2022-2023 LSAT dates.

But there is a subtextual story going on here. If you've been paying attention to LSAT news lately, you may wonder what the 2023-2024 LSAT will look like. As we've discussed, there is a non-negligible chance that the Logic Games section may go away or mutate into a very different section. LSAC has long promised to research alternatives to the Logic Games section by 2023. They even held a field-study program to research alternatives in December of 2022. (We'll have much more to say about these alternatives when we're allowed to discuss them.)

Some people speculate that the post-June 2023 LSATs will include new, significantly changed Logic Games sections. So, now that these dates are posted … will they?

The short answer is we don't know.

However, LSAC has always given test-takers a lot of notice of any changes to the LSAT. The switch to the digital LSAT in 2019 — which didn't change anything on the test, just the device test-takers used while taking it — was previewed years in advance. So, a significant change to the test's content — like, say, changing nearly a third of the questions — will almost certainly be preceded by an announcement and some study materials for test-takers. Given that LSAC didn't make any announcements about changes to these tests' format may mean the Logic Games sections won't change for these 2023-2024 exams.

Still, LSAC hasn't opened registration for these exams, and they won't do so until mid-May. LSAC promises to "provide updated information, including registration deadlines and fees" then. LSAC may announce changes to the Logic Games sections then. We're also guessing that LSAC won't tell everyone that the August 2024 exam will be substantively different than they were expecting with only three months' notice. But then again, you never know. We'll monitor the wires carefully and be sure to update everyone whenever new announcements are made.

In the meantime, if you need help studying for the current LSAT with the top-ranked LSAT course, sign up for a free LSATMax account today.