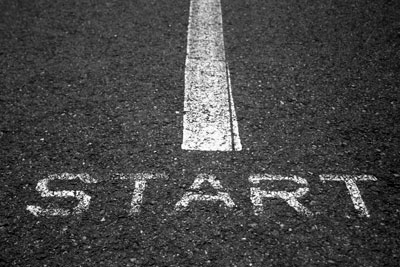 We have, yet again, climbed over the hump of another LSAT Test. The February LSAT has passed and now we have the June LSAT to look forward to! The June LSAT is slightly different from the rest in that it is administered on a Monday as opposed to a Saturday, and the exam is scheduled to begin in the afternoon as opposed to in the morning.

This means that those of you who are not morning people should rejoice! If your thinking cap is not placed onto your head until sometime after 11:00 am, then the June LSAT is great for you! Now, you morning people shouldn’t fret. I happen to be a lover of mornings but I actually ended up taking my LSAT in June. Being a morning person taking the June LSAT merely means you’ll have more time to leisurely get ready, drive over, park and navigate your testing center.

Plus, the great thing about the June LSAT is that once you’re done taking it, you have all of summer to look forward to! You won’t have to take the LSAT only to continue to study for school, or begin to cram for finals. Now, the most common question I get around this time is: When should I start studying for the June LSAT?

Well, how long you study for the exam is very subjective. It depends on where you start, where you would like to finish, how logically you already think, and how long it takes you to grasp the nuances of the exam. Now, though my end-score was something I was quite happy with, I did not start anywhere close to it. Unlike some LSAT prep students out there who just “get” the LSAT, I was not so lucky. I was never exposed to formal logic, and the concept of critical thought was quite foreign to me. I was an English major. I was taught to read between the lines and write in beautiful, flowery sentences—pairing words together so that they could dance gracefully across the page. As you can imagine, this was a skill that thoroughly hindered my LSAT prep.

But, as you can see, I got through it. I dedicated my time to the exam. I spent days analyzing and piecing apart the new way I was being asked to think. Once I truly understood the thought process I needed to adopt for the exam, I practiced it diligently day in and out. Now, some of you may not need to work as rigorously as I did, but some of you may need to prep even harder. The LSAT is different from any other standardized test because it is testing your ability to think a certain way as opposed to your mastery of a specific subject matter.

I’d say, sometime in the next couple weeks, take a timed practice LSAT to gauge where you stand. If you find that you are actually somewhat close to your goal score, then hooray for you! Start you LSAT prep and know that you are already equipped with most important weapon against the exam: a critical, logically sound mind. For those of you a little farther away from your target score than you’d like to be, fret not! By the end of my prep I had raised by score over 20 points and ended up with a score of 175.

Now is the time to assess where you stand and make your game plan. You have plenty of time to conquer the beast known as the LSAT. I’ll be here along your journey to help guide you.

For those of you already studying, keep up the good work!

For those of you just embarking on this journey, good luck!