Home LSAT Prep The LSAT Edge When Should I T... 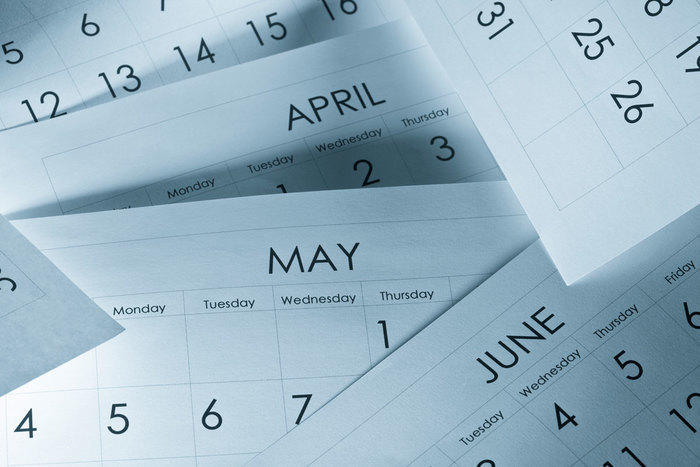 Anyone who's considering going to law school in the United States has undoubtedly heard of the LSAT, or the Law School Admissions Test. While a few law schools do accept the GRE instead of the LSAT, it's generally understood that in order to get into law school here, you'll need to take the LSAT. But before you go sign up to take the exam, let's talk a little more about when you should take this exam.

How Many Times Is the LSAT Offered Every Year?

Under normal circumstances, the LSAT is offered nine times throughout the year, generally once every month except in December, May, and either August or September. However, COVID-19 has thrown a rather cumbersome wrench into the mix this year, with the Law School Admission Council (LSAC) deciding that all LSAT exams through April 2021 will be administered online through the remotely-proctored LSAT-Flex.

Like the standard LSAT, the LSAT-Flex features three different sections: analytical reasoning, logical reasoning, and reading comprehension. It typically takes applicants around three and a half hours to complete the 99 to 102 exam questions.

When Is the LSAT Offered This Year?

The first of the LSAT-Flex exams were administered this past May. You'll have four opportunities to take the LSAT-Flex this November on the 7th, 8th, 10th, and 11th, with the estimated score release date being Tuesday, November 24th.

Your next chance to take the LSAT-Flex will come the following January, where you can choose to take it on either the 16th or the 17th. The projected score release date for this exam is February 3rd.

February and April's exams will work similarly, with the former's exam date being February 20th and 21st, and the latter's being April 10th and 11th. Their projected score release dates are March 10th and April 28th, respectively.

These release dates are subject to change, so make sure to check back regularly.

An Important Tip About the LSAT-Flex Exam

What's more, there are a few tips to keep in mind before registering for your exam. To receive your LSAT-Flex score, you must first have an LSAT writing sample on file. This writing portion will be available on your account eight days before the start of each exam period, regardless of what day you choose to take it.

It's highly recommended that you finish this writing portion as soon as possible so that you can receive your scores on the estimated release dates. All projected score release dates are the same no matter what day you decide to take the exam.

When Should I Take the LSAT?

The general rule is you shouldn't wait until the last minute to take the LSAT, meaning you should take it well before December of your senior year of college. Since most law schools accept students on a rolling basis, they'll begin admitting students as soon as they receive applicants' test scores and applications, which means there will be increasingly fewer spots the longer you wait to take the exam. Moreover, some law schools won't even accept scores from exams taken in February or later for fall admission of that year.

If you're adamant about securing a spot at your top choice law school, take the LSAT sooner rather than later. As a very sage man once said, "You snooze, you lose." This is why we recommend applicants hoping to be admitted for the upcoming fall semester to take the LSAT as early as June of the year before, and as late as September or October of that same year. Any later than that could earn you an extra year of waiting time, so keep up on registration deadlines.

When Should I Register for the LSAT?

How Many Times Can I Take the LSAT?

It depends. How serious are you about getting into law school? Unlike other standardized tests, taking the LSAT multiple times could raise some eyebrows on law school admissions boards—and not necessarily in a good way. You are limited to taking the LSAT three times per year; this number bumps up to five times within the current and past five years. Think that's bad? Get this: you can only take the LSAT seven times in your entire life.

In short, the best time to start studying for the LSAT is right now, seeing as your future in the legal profession very realistically depends on your scores.

Is it Okay to Take the LSAT Multiple Times?

We mentioned above that taking the LSAT multiple times may not be a good look on your law school application. This is only true if your score decreases with each attempt or if you initially receive a low score and then plateau on all your scores for the following attempts.

However, multiple attempts at the LSAT certainly isn't an issue if your scores improve with each try. In fact, some law schools may even take note of your determination and commitment to improving your scores, as they could be an insight into the kind of attorney you'll be.

How Long Are LSAT Scores Good For?

If you're only a sophomore or junior in college and are eager to get a head start on your law school application, you'll be happy to know that LSAT scores are good for up to five years. If you can nab a pretty decent score while you still have a year or two left of undergrad, this will free up a lot of your time come senior year.

Let's face it: preparing for and taking the LSAT are stressful, to say the least. With a limit on how many times you can take the exam itself, there's a lot riding on how well you do. Add to that the stress of coordinating exam dates so that you can be admitted into the semester you want, and you're looking at a very stressful challenge.

However, it's possible to ace the LSAT and get into the law school of your dreams with some careful planning and thorough preparation. Happy studying!