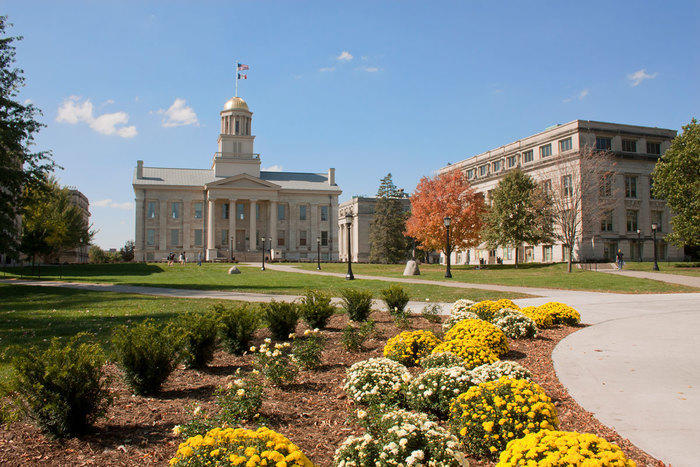 If you are looking to attend law school soon, then the land of Hawkeyes and corn might be an excellent place to look. When evaluating law schools, location, reputation, and passing possibilities are crucial factors. We also recommend that you also consider the tuition fees and the affordability of the school.

In Iowa, you only have two ABA-accredited law schools to choose from. The first one is Drake University Law School, and the second is the University of Iowa College of Law in Iowa City. Let’s explore both in more detail.

Drake University Law School, otherwise known as “Du Law” is situated in Des Moines, Iowa. The Law School was founded in 1865, which makes it among the 25 oldest law schools in the United States. Du Law is known to be the first to coin a unique program called the First-Year Trial Practicum.

This program allows students to experience courtrooms first-hand. The first-year classes are shifted to a courtroom for seven days. This unique program aligns with the wishes and desires of the founding Iowa Supreme Court Justices, who established the law school. Their intent was for the law students to see the law in action firsthand.

Du Law is a private school with a third-tier rank at 122 among the law school rankings of the U.S News & World Report. The tuition rate is above average according to the Standard 509 Information Report by the American Bar Association. The report also reveals that the required LSAT scores are ranging from 150 to 156.

Drake University ranks number 86 in the bar passage rate, which is about 81.5 percent. The school body population has been below 500 students since 2016.

Du Law offers standard courses for first-year students with an introduction to law and the first year Trial Practicum as the only addition. The school provides both programs with no credits for the J.D degree. Du Law provides an extensive and exciting list of specializations for students to choose from.

The law school has a low student-to-faculty ratio, providing a personalized education, as well.

University of Iowa College of Law

The University of Iowa College of Law, otherwise known as “Iowa Law,” is situated in Iowa City. The law school has a diverse community that contains North Liberty, Coralville, and Iowa City. UNESCO has termed the collection of communities as “the City of Literatureo.” It is said to be the location where Robert Frost, Carl Sandberg, E.E. Cummings, among others, met in the 1930s.

Iowa Law is a first-tier law school as per the Law School Ranking by U.S News & World Report, coming in at number 22. The ranking system U.S News uses has twelve categories. The criteria are based on quantifiable numbers like GPA and LSAT scores. Other criteria are subjective-based like assessments by lawyers and peers.

The school ranks number 23 in the bar passage rate, with an average of 98.32 percent. It is a public university and accredited by the American Bar Association (ABA). Required ABA disclosures reveal that the average student population is 400 and requires an LSAT score average of 157 to 163. The tuition fees are above average for non-residents students but below average for state resident students.

The bar pass rate for first-time applicants was 89 percent in 2015. The percentage of graduates with reputable positions is 18 percent. The Law School’s Citizen Lawyer Program encourages all students to promote public access to law and justice by community service and pro bono work.

At Iowa Law school, the first-year course of study is mainly the standard required legal courses, but the school allows you to take one elective from a separate list during the spring semester. In the second and third years, the curriculum is almost exclusively legal clinics and electives.

Iowa school prides itself on placing many graduates in legal jobs outperforming the country’s average. Students need to complete 84 academic credits as well as four upper-class writing units for the Juris Doctor.

While the decision to attend a law school is a personal choice, you need as much information as possible. Pay attention to all the details, including the location, curriculum, studies, and school facts, as a prerequisite to achieving your dreams. Be sure to apply to more than just your top pick. Since there are only two ABA-accredited options in Iowa, it may be best to apply to both.