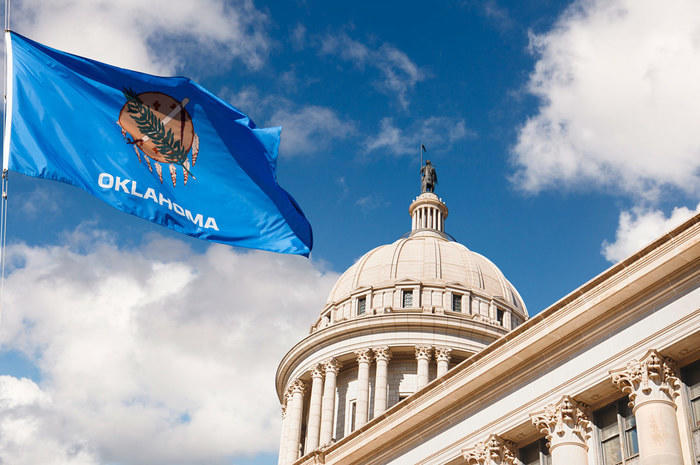 Starting a career in law first requires you to pass the bar. Of course, before you can do that, you need a strong academic foundation. Thankfully, if you live in Oklahoma, you have a wealth of options when it comes to beginning your career.

Our goal is to make picking a law school more manageable for you. We've taken the time to research and write about the top-rated programs in the state. Here is our rundown of the top three law schools in Oklahoma:

The University of Oklahoma College of Law is the only public law school in the state. The school enrolls just over 500 students and has a student-faculty ratio of 10.8 to 1. While OU has a traditional academic calendar, it permits up to 20 students each year to start in the summer via the OU Early Admissions Program.

One feature of the program is the option to combine a J.D. with an M.B.A. or Master of Public Health. These joint degrees allow students to bolster their legal knowledge and skill with specific areas of emphasis. OU also offers a joint J.D. program for students interested in American Indian Law.

The University of Oklahoma is one of the high watermarks for academic law in the state. It is the highest of the three ranked law schools in Oklahoma, according to U.S. News and World Report. The specialty areas include clinical training, international law, environmental law, and tax law.
Keep in mind that the application deadline is March 15.

2) University of Tulsa College of Law

The University of Tulsa College of Law comes in a close second in the state rankings. The program is half the size of OU's with an enrollment of 255 and a student-faculty ratio of 6.6 to 1. Currently, it is the only ranked law school in the Tulsa metro area or Eastern Oklahoma, according to U.S. News and World Report.

The private law school got its start in 1923 during an economic boom in the state. It started independently of the university but later integrated in 1943. The University of Tulsa College of Law gained prominence in the 1970s with its work in policy and energy. It also corresponded with the creation of the National Energy and Law Policy Institute (NELPI).

Full-time and part-time students can enroll in the tradition J.D. program or one of four Masters of Law programs. The University of Tulsa College of Law also has two online Master of Jurisprudence offerings for Indian law and energy law.

Students have the opportunity to study abroad, too, with opportunities in London and Dublin. Additionally, while the Law School Transparency estimates that students leave with $201,183 in debt, 100 percent of law schools received a scholarship or some form of tuition benefits, as of 2015.

Oklahoma City University School of Law is not a traditional college. Instead, it is a professional graduate school, which means there are no undergraduate programs. Based in downtown Oklahoma City, the school currently enrolls 489 students and has a 12 to 1 student-faculty ratio.

Oklahoma City University School of Law, also known as OCU Law, got its start in 1907. The private institution is known for offering evening classes and part-time programs as a way of catering to working professionals. Some notable alumni include former Oklahoma governor Johnston Murray and current Oklahoma City mayor David Holt.

The school offers a J.D. for full-time and part-time students as well as a joint J.D./M.B.A. Students can also choose one of several programs. The Oklahoma Innocence Project is particularly notable as it is the only clinic of its kind in the state. Law students that assist at the Oklahoma Innocence Project help staff find and overturn wrongful convictions in Oklahoma.