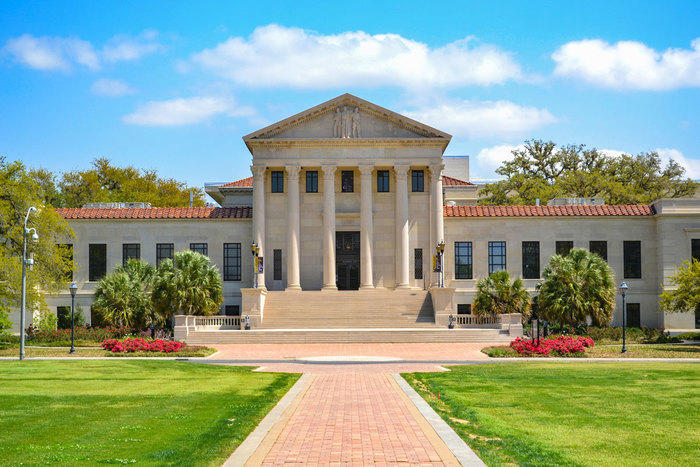 Are you looking to join a top-rated law school in Louisiana? On top of hosting highly popular cultural festivals, Louisiana is also home to some of the best law schools in the country.

With several options to choose from, finding the perfect pick can prove to be a daunting task, especially if you know little about the law schools Louisiana has to offer. To be practice-ready after graduation, you also need to be extra careful to ensure that you apply to ABA-accredited institutions.

As you consider applying to a Louisiana law school, it is crucial to remember that, unlike other states, Louisiana operates as a civil law state. This means that you will be expected to learn both common law and civil law.

If you’ve aced your LSAT and want to further your studies in Louisiana, you’ve come to the right place—we are going to review the best ABA-accredited law schools in Louisiana.

Located in Baton Rouge, the Paul Herbert Law Center is ranked as the 82nd best law school in America by the U.S. News and World Report.

In 2012, the L.S.U. Law Center became the only law school in the U.S. to confer a Juris Doctor degree with a Bachelor of Civil Law (B.C.L.) owing to the civil coursework undertaken by students before graduation. The two degrees will help you stand out, especially since they are recognized by the A.B.A. and the Association of America Law Schools.

L.S.U. Law Center has an impressive bar passage rate of 90%, which is 15% above the pass rate for ABA-accredited schools in the state. The Paul Herbert Law Center has a high acceptance rate of 61.51%, which means that you have realistic chances of a successful application if your LSAT and G.P.A. scores satisfy the university’s requirements.

To join L.S.U. Law, your LSAT scores should be above 155, while your G.P.A. should stand at 3.48 or more. 87% of 2017 graduates landed jobs within the first ten months after graduation. The excellent employment rate cements L.S.U. Law’s place among the top law schools in the state.

On top of being A.B.A. accredited, the school is also a member of the Association of America Law Schools, making it a reliable and highly trustworthy institution. The U.S. News and World Report ranked the Loyola University College of Law as the 150th law school in the country.

The median LSAT stands at 151, while the median G.P.A. is 3.15. The school also has a friendly acceptance rate of 77%, meaning you have increased chances of acceptance if your academic qualifications satisfy the requirements.

The Loyola University College of Law provides on-campus housing as well as law-specific housing. Another impressive feature of the law school is its faculty ratio of 1:11, which allows students to interact and learn more from faculty members.

75% of 2018 graduates secured employment within the first ten months after graduation. This means that, provided you remain focused on your studies, you will have favorable chances of securing immediate employment in either private or public entities.

SULC is among the best-rated law schools when it comes to the presence of minorities. The male-to-female ratio is also impressive—47.8% of the student population is female. SULC’s low G.P.A. and LSAT requirements make the law school attractive, especially for students who did not attain extremely high scores in these tests.

48.8% of 2017 full-time graduates were employed within the first ten months after graduation.

Located in New Orleans, Tulane University Law School opened in 1847, which makes it America’s 12th oldest law-affiliated institution. The school specializes in sports law and environmental law and is recognized as one of the best law schools in the country offering the two courses.

The starting salary for graduates who work in public offices stands at an average of $50,000.

The above-listed institutions are, without doubt, the best law schools in Louisiana. On top of being A.B.A. accredited, the schools also provide dual courses in both civil and common law, which helps to increase your marketability as a lawyer.

As you apply for the school of your choice, remember to check on factors such as G.P.A. and LSAT averages to ensure that you increase your chances of admission. There’s no reason not to apply to a school out of your test score range, just be sure to have some backup applications if you aren’t accepted. Applying to a range of schools is actually recommended in any case, as even good test scores can’t guarantee admission.