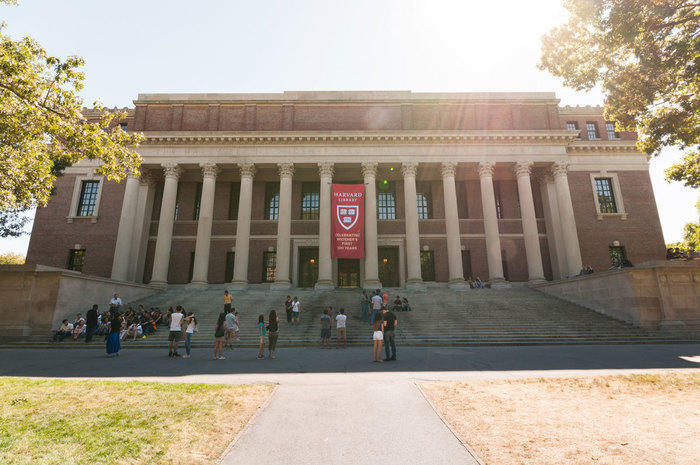 Are you looking to further your legal studies at a leading law school? Massachusetts is home to some of the finest and most prestigious law schools in the world.

Some have friendly acceptance rates while others, like the Harvard School of Law, are highly selective due to their prestigious status. Either way, let’s examine some of the leading ABA-accredited law schools in the beautiful state of Massachusetts.

In terms of continuous operation, Harvard Law School is the oldest law school in the U.S. It has been at the forefront of influencing America’s legal curriculum, especially in realms such as civil procedure, criminal law, torts, and property law.

As one of the most prestigious law schools in the world, securing admission to Harvard is quite an uphill task. The school has an acceptance rate of 18%, meaning less than a quarter of applicants make it for consideration.

The median GPA for Harvard 2018 applications was 3.86, while the LSAT was 173 out of a possible 180. These high GPA and LSAT scores only serve to cement Harvard Law’s status as one of the leading and most influential law schools.

Harvard provides on-campus and graduate housing as well as law-specific housing. The student to faculty ratio stands at 12:1, which allows for quality, individualized attention. Harvard Law’s bar passage rate in 2018 stood at 95.3%, while 97% of graduates secured employment within the first ten months after graduation—unbelievable!

Boston College (B.C.) Law School is located in Newton, Massachusetts, and is regarded as one of the finest law schools in Massachusetts. B.C. Law specializes in social justice, public interest, and human rights law.

It is ABA-accredited and is also a member of the Association of American Law Schools. The U.S. News & World Report, in 2018, ranked B.C. Law as the 30th best law school in the U.S.

The title of a prestigious law school, as you must be aware, comes at the price of competitive applications. The school had an acceptance rate of 46% in 2018, meaning it rejected over half of its total applications.

In 2018, the median LSAT was 162, while the median GPA stood at 3.56, which points out the highly competitive nature of the institution. With a student to faculty ratio of 14:1, B.C. law students are well-placed to benefit from individualized professor attention.

Impressively, 92% of its 2018 graduates obtained well-paying jobs (average of $70,000) within the first ten months after graduating. The bar passage rate, as expected of a world-class institution, stood at 90% in 2018.

As expected, B.U. Law is ABA-accredited and a member of the Association of American Law Schools. The prestigious nature of B.U. Law only serves to make it less receptive to applications. In 2018, the school’s acceptance rate stood at a paltry 38%.

The Median LSAT was 163 in 2018, while the median GPA was 3.67 in the same year. This means that your scores must be high for you to secure a spot in this prestigious law school.

B.U. Law has a friendly student to faculty ratio of 15:1, which allows students to receive individualized attention from faculty members. The school provides both graduate and on-campus housing. However, no law-specific housing services are offered.

The school has a high bar passage rate of 92.8%, which is well above the state average of 81.9%. On top of the impressive bar passage rate, 89% of 2018 graduates obtained jobs within the first ten months after graduation.

Located in Boston, the New England School of Law (NESL) has been active since its opening in 1908. The school is ABA accredited and is a member of the Association of American Law Schools.

NESL had an acceptance rate of 81% in 2018, which was among the friendliest acceptance rates in Massachusetts. The median GPA for 2018 applicants stood at 3.14, while the median LSAT was 147.

The school has a student to faculty ratio of 30:1, which is among the highest in the state. The school does not provide on-campus housing or graduate housing. Law-specific housing services are also not provided.

The 2018 bar passage rate was 77%, which is just 5% lesser than the state average. 83% of 2018 graduates secured jobs within the first ten months after graduating.

Suffolk University Law School is located in Boston and has been operational since 1906. The school is ABA-accredited and has been a member of the Association of American Law Schools for over half a century.

The school has an acceptance rate of 70%, which means qualified applicants have high chances of admission. The Median LSAT in 2018 was 150, while the median GPA stood at 3.23. The school does not provide any form of housing solutions to its students.

The student to faculty ratio, however, is impressive as it stands at 17:1. In regard to bar-passage rate, the school recorded an average of 75.8%, a figure which is only 7% below the state average. 84% of graduates secured jobs in the first ten months after graduating.

With the likes of Harvard Law School and the Boston University Law School located in Massachusetts, it is safe to conclude that the state is a law-school haven.

Of course, securing admission to Harvard might be a difficult task, but with several ABA-accredited law schools to choose from, you should be well placed to land a proper school of your choice in Massachusetts.