Home LSAT Prep The LSAT Edge How to Gain Adm... 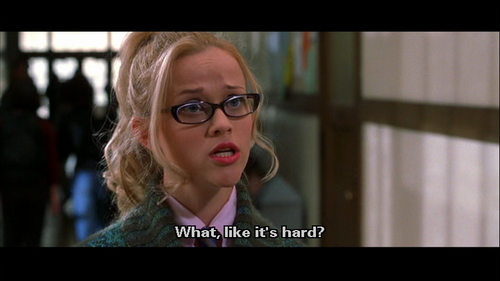 As we approach 2017, most of you are undoubtedly making New Year’s resolutions that will be broken before February.

So instead of making resolutions, we thought we would focus on your goals for 2017. And if you are reading this post, then one of these goals is likely to be related to gaining admission to the law school of your dreams.

Notice that we said “law school of your dreams” as opposed to just any law school. As Muhammad Ali so eloquently put it, “If your dreams don’t scare you, they aren’t big enough.”

If our founder had told people that his dream was to attend Harvard Law School after scoring in the 140s on his first practice LSAT, he would have been laughed out of the room.

Now, his journey wasn’t easy, and unless you're an LSAT natural, yours won't be either. But if it were easy, everyone would do it and where’s the fun it that?

The key to turning your dream law school goal into reality is to put yourself in a position to maximize your LSAT score—the number one factor in law school admissions.

How do you put yourself is such a position?

There are two guiding principles:

Both of these principles are a direct result of the nature of the LSAT beast. The LSAT is unlike any standardized test you have ever encountered. Instead of asking you to memorize and regurgitate material, the LSAT is going to ask you to change the way you think.

With these two principles in mind, let’s review your step-by-step guide to accomplish your goal of gaining admission to your dream law school in 2017:

Ideally, you want to hit your target LSAT score on the June 2017 LSAT, so that you can spend your summer working on your law school applications. The reason for this is rolling admissions, which we will discuss in more detail when we get to step 5.

Additionally, targeting the June LSAT will ensure that you are not required to delay your law school applications for a year because you can still take the September 2017 LSAT, or even worst case December 2017 LSAT, if you are unhappy with your June score.

Given step 1, it is imperative that you start your LSAT prep as early in 2017 as possible. Remember, the LSAT is testing a way of thinking so it can take longer to improve.

It is important to realize that LSAT prep is a two-step process:

Too many students ignore the importance of the second step in the process and sign up for LSAT prep courses that finish right before their target LSAT. Your LSAT course is only the first step—it will lay the foundation in terms of proper strategy and approach.

But the vast majority of any student’s improvement on the LSAT comes from the second step of the process, which is taking what you have learned and practicing under time pressure on as many real practice LSATs as possible.

This reality is precisely why LSATMax offers students instant access to every LSAT practice exam in flexible packages that meet any student's needs.

To give you a better idea of this recommended approach to your LSAT prep, you can find our recommended study schedule for the June 2017 LSAT here.

(3) Spend Time on Your Personal Statement

While law school admissions is primarily a numbers game, do not underestimate the importance of your personal statement.

Looking for some more guidance here? Sign up for a free one-on-one consult with our admissions counselors.

(4) Line Up Your Letters of Recommendation

While you still have plenty of time, it is a good idea to start thinking about your letters of recommendation now as well—particularly if you have not built meaningful relationships with the people you are planning to ask.

Here is some additional advice on how to get the best letters of recommendation for law school.

The reason for all of the above is an attempt to have your law school applications submitted on day one, or as soon as humanely possible after applications open.

This means that the sooner you apply, the better your chances because the law school will still have its entire incoming class to fill and you will not be compared to students who have already been offered admission.

Later on in the application cycle, offers of admission will have already been made and accepted, so you will be competing for fewer seats.

Now that being said, if it comes down to applying earlier with a lower LSAT score or applying later with a higher LSAT score, always choose the latter.

Here are the Law School Application Deadlines for Class Entering Fall of 2017. You can assume that the deadlines for the class entering fall of 2018 will be the same, just one year later.

And there you have it! Follow these five steps and your dream of attending law school will soon be a reality.

If you have any questions as you embark on your law school journey please feel free to contact us directly. You can email us at anytime or give us a call at 855-483-7862 Monday-Friday from 9am to 6pm PST.