Home LSAT Prep The LSAT Edge What is a Good ... 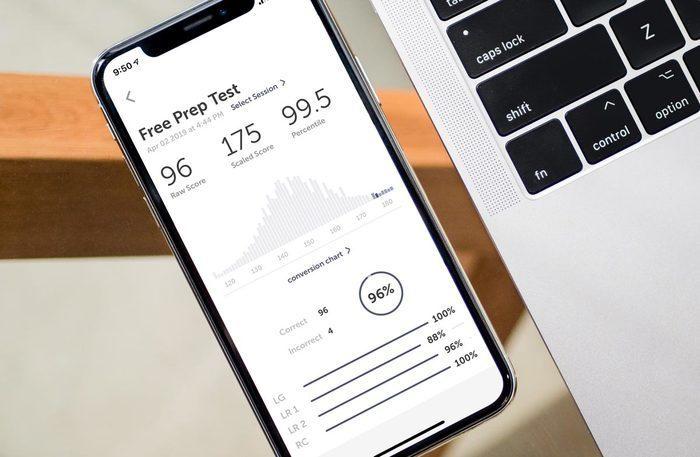 If you want to be among the elite who’ve studied in a top law school, you need a good LSAT score.

The LSAT (Law School Admission Test) is a mandatory exam required to get into most US law schools, but sitting for the LSAT is not enough. You also need a score that meets your desired law school’s minimum requirements.

A typical LSAT exam is broken into various segments and consists of about one hundred questions. The exam tests your reading comprehension as well as critical and analytical reasoning competence –skills crucial to coping with the law-school curriculum.

You can score anywhere between 120 and 180 on the LSAT. The average LSAT score is 150, enough to get you into most American Bar Association-accredited law schools.

The correct answer to this question depends on your desired law school and career goals. If you aren’t picky about the quality of the law school, scholarships, or career opportunities after law school, then scoring 150 on the LSAT is enough.

If you want more, such as getting into one of the top-ten law schools in the US along with better career opportunities, then an LSAT score of 150 is not going to cut it.

Before we dig further, let’s take a look at how proctors score the LSAT and why LSAT scores are essential.

As we said, the score range for any LSAT exam is 120 to 180, and the average score is about 150. However, the majority of the top-ten law schools require a candidate to have at least 170 on the LSAT.

Each LSAT exam consists of about a hundred questions with correctly answered questions amounting to about 1 point added to your raw score. Your raw score can range between 0 and 101. This raw score is then converted, with the help of an LSAT formula, into a score of 120 to 180.

What is the Percentile Rank?

Percentile rank refers to how your LSAT score compares to that of other law school aspirants who took the exam with you. Knowing how well you fared against the competition gauges how competitive your LSAT score is for different law schools

Those with higher-percentile scores often trump most other test-takers—meaning the higher you score, the better your chances of gaining admission. After all, it’s not enough to just meet a school’s accepted minimum LSAT score. Many schools have limited slots, and if you meet the minimum but fall at the bottom percentile of applicants, you could still be rejected.

If Yale considers applicants with LSAT scores of at least 170, you must score around 175 to increase your chances of being accepted for a Juris Doctor law-degree program—and scoring high on the LSAT is no cakewalk. Unlike other standardized tests, cramming for the LSAT is impossible. LSAT questions require reasoning skills, not regurgitating facts in response to questions.

If you want to score as high as possible on the LSAT, you need to practice a lot.

The primary determinants of whether you qualify for law-school admission are your LSAT score and undergrad GPA. Having a solid undergrad GPA is important, but a good LSAT score counts even more. Some law schools say an applicant’s LSAT score makes up about 70 percent of their admission chances.
Why is the LSAT score more important?

In an ideal situation, both your GPA and LSAT should be high. Top ten-ranked law schools typically require at least a 3.50 GPA and a 170 LSAT score. If your GPA is lacking, don’t stress too much. Often a high LSAT score can make up for it and get you into the school of your choice.

In fact, looking at recent law-school rankings and trends, you’ll see that most programs grant admissions based on high LSAT scores rather than GPAs. What you major in as an undergrad doesn’t have to be law-related either. Some applicants come into law school with no knowledge of the law.

It is because undergrad learning may not be directly related to your competence for law school that law schools place more value on your LSAT score. The LSAT gives a better assessment of your ability to cope with the law-school curriculum and legal practice. It is a consistent and accurate method of testing likeliness of success in law school and verifies that you have the minimum reading, reasoning, and analytical skills to cope with the program.

Aside from testing your law-school competence, a good LSAT score improves your access to law-school scholarship opportunities. For a top-five law school, an LSAT score of 175 and above increases your chances of not just being admitted but also being awarded a full scholarship by the school.

Such a score puts you in the 99th percentile of LSAT takers, which makes you a rare and highly coveted law-school candidate in law schools’ assessment.

So, what do you need to score to get into the law school of your choice?

To determine what counts as a good LSAT score for the school of your choice, you need to identify what a specific school wants.

A good LSAT score isn’t enough for those schools. What you need is an almost perfect LSAT score.

To be in the 75th percentile for Harvard, you need to score at least 175. Scoring 170 puts you in the 25th percentile of Harvard applicants. Harvard is exceptionally competitive. Even if your score is very high, there is still a high chance they won’t admit you though your score is excellent. This brings us to an important point: a high score is not a guarantee you’ll get into the school you want. It helps, yes, but it’s only one factor of the review process.

These are the minimum required LSAT scores. Naturally, scoring higher than the minimum increases your chances of admission to the school.

With an LSAT score of 170, your chances of getting into any school you want are good. That includes some law schools in the top ten. Nearly half of the students in the best US law schools got in with a score of less than 170. Meaning with 170, you are still in a good position.

As mentioned, there’s more to getting into a law school than just the LSAT. Sure, the LSAT is the primary determining factor, but other factors influence your eligibility for admission. These factors include your GPA, personal statement, resume, and recommendation letters.

Law schools have limited slots. Even if they wanted to, they can’t take in every candidate who scores above 170. So, they consider factors in addition to the LSAT to determine if a candidate gets admitted.

Yes, your LSAT score is more important than your GPA, but admission chances sink if your GPA falls below minimum requirements. Prospects fall if your resume doesn’t show valuable work experience, or your personal statement doesn’t inspire, or recommendation letters are unenthusiastic—there’s a lot more to it than one test score.

By now, you likely understand that what qualifies as a good score is fairly variable. By achieving a good LSAT score, you confirm to law schools that you can read and reason at high levels, which is what they want from students. But how high you need to score to impress a law school and convince them to admit you depends on the school you wish to enter.

The guidelines given above are a good rough estimate, but it also pays to find out the minimum required LSAT score of your desired law school in particular and begin working toward scoring higher than that. For example, if Harvard accepts candidates with a minimum LSAT score of 170, work toward scoring 175.

If you do score 175, your chances of getting in are all but guaranteed. Scoring the minimum, on the other hand, means facing stiff competition to get in, which means the rest of your application (resume, GPA, and so on) will be the real deciding factors.

You can use law-school admission predictors or calculators to predict chances of getting into specific law schools based on your undergraduate GPA and LSAT score. And here’s a tip from the experts – the earlier you submit your application to the preferred law school, the better. Early submission is especially helpful if your LSAT score or any other part of your application is less than perfect.

In the early stages of the admission season, law schools evaluate applications against less competition, which increases your chances of being favorably considered. Once more applications start pouring in, especially toward the end of the admission deadline, the evaluation of applications becomes stricter to whittle down the number of admissible applicants.

How to Score Well on the LSAT

Long story short, LSAT scores aren’t necessarily everything, but they are a very important factor in the admission process. However, you won’t score well just trying to memorize facts—the LSAT is not your typical test.

Instead, focus on exercising your reasoning, logic, and comprehension skills. A good way to do this is to take a variety of LSAT practice tests, but avoid taking the same test over and over. That way, you know what to expect, and you’re utilizing the skills necessary to pass. You may also find brain teasers a fun pastime to bulk up your score. Good luck!