Get up to 15 hours of free tutoring with courses & tutoring bundles and 25% OFF tutoring packages.

I scored below a 150 on my first practice LSAT in November. In June I took the LSAT and scored a 170. I couldn't have done it without LSATMax. 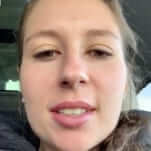 I scored below a 150 on my first practice LSAT in November. In June I took the LSAT and scored a 170. I couldn't have done it without LSATMax. 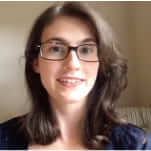 While I was preparing to take the LSAT I was working full time. LSATMax was personalized, user friendly and structured in a way that I could create a schedule that worked for me. 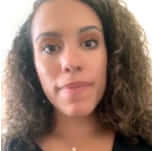 University of Richmond School of

I can't speak more highly of LSATMax. I raised my score 15 points and I know that I got into law school because of LSATMax.

I tried LSATMax after my attempt with the $950 Testmaster's online equivalent brought my score from a 154 to a 158. LSATMax was different in all the right ways.

The tutors at LSATMax were a godsend. They took me from a 159 to a 171 on my LSAT. I wouldn't have been able to get my score up without them.

LSATMax helped me raise my score from a 148 diagnostic to a 171 in seven months. I'm thrilled with that outcome. LSATMax's tutors were exceptional. 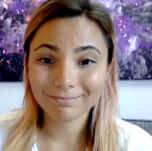 The program itself is massively helpful from having the actual books in front of you to having the entire course in an app. LSATMax is the reason I am going to law school this fall.

I attribute this score jump to LSATMax's comprehensive video lectures and the incredible tutors. I highly recommend LSATMax.

What are the Benefits of Our LSAT Prep Course?

Features Designed to Raise Your Score.

Practice to the exam by studying with real questions only.

Simulate an authentic digital LSAT experience on all 92 Prep Tests.

Pinpoint your weaknesses to maximize your precious prep time.

Our tutors and instructors are the best LSAT talent available.

Unparalleled explanations for every question and every answer choice.

Get Started for Free Today.

How Your Score Can
Save Your Wallet.

A good score can get you a merit scholarship and into a school that sends many graduates to high-paying employers.

90% of students with an LSAT score of 166 or above receive merit scholarships. 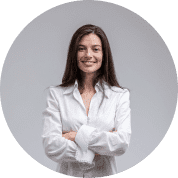 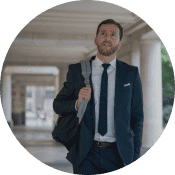 We've gathered all the most important information to help you prepare for the LSAT — and pass it with flying colors.

Nail the fundamentals of the LSAT.

Learn how to convert the score you have into the one you need.

Find out if your LSAT score can get you into your dream law school.

The key tools you need to ace the LSAT.

Understanding the core principles behind the LSAT.

More Questions on the LSAT Exam and LSAT Prep

All the answers you need to be fully prepared for the LSAT.

Common Questions About the LSAT.

Can you retake the LSAT and improve your score?

This really depends on both how and how long you prepared for your first attempt. If you signed up for an 8-10 week course right before your LSAT, then you can absolutely improve your score by continuing to prep and retaking the LSAT.

Generally speaking, the longer you prepare for the LSAT, the higher you will score. This of course assumes that you are preparing with the correct strategies but the LSAT is learnable. What makes the LSAT unique in terms of standardized exams is that it is not a subject based exam. You are not being asked to memorize and regurgitate on the LSAT. You are being asked to change the way you think and changing the way you think takes longer.

Where to start with the LSAT?

The best place to start is by taking a real practice LSAT under simulated exam conditions. You can even simulate exam conditions with our iOS app, Exam Proctor.

Taking a practice LSAT will give you a very good understanding of the exam as well as your current score. Just do NOT get discouraged if you score lower than you were expecting. Remember, our founder's first practice LSAT made him reconsider law school altogether.

How long do LSAT scores last?

Your LSAT score is valid for five years. The Law School Admissions Council reports all LSAT scores for the prior 5 year period automatically. Your LSAT score must have been valid when the application cycle opened.

Where are LSAT test centers?

LSAT test centers are the physical locations where LSAC officially administers the LSAT. Test centers are available in the United States as well as abroad. These locations can be law schools, universities, community colleges and even hotels.

LSAT centers do fill up so if you are taking the LSAT, make sure you formally register as soon as possible to ensure that your ideal test center is available.

Which LSAT section to study first?

You can really study any of the three sections, i.e. Logical Reasoning, Logic Games and Reading Comprehension, first. What matters more is getting started with your LSAT prep as soon as possible to maximize your prep time.

That being said, LSATMax does provide a recommended LSAT study schedule to guide your prep because certain concepts build off of previous ones (e.g. Strengthen with Necessary Premise builds off of the concept of Sufficient & Necessary) so it is a good idea to go in order to avoid feeling lost and/or confused.

What do I need for the LSAT?

How is the LSAT scored and how does scoring work?

Your LSAT score is entirely based on the number of questions answered correctly on the four scored multiple choice sections of the exam.

Each LSAT has 100 or 101 questions and the number you answer correctly is your raw score. Your raw score is then converted using your specific LSAT's conversion chart into your scaled score of 120-180.

Why LSAT vs GRE?

The most significant argument for taking the LSAT over the GRE has nothing to do with the structure of the tests. The fact remains that 75 percent of law schools do not accept the GRE. Why limit yourself to a handful of schools if you have a serious desire to be a lawyer?

If you’re aiming for the best law schools in the country, for instance, you’ll be able to apply to Harvard but not Yale.

What are the best LSAT prep tests to take?

Recent LSAT prep tests, such as PT 90, PT 91, and PT 92, are the best to take right before your official LSAT. All PTs from 2007 (PT 52) onward are in the current LSAT format and useful for studying.

Which LSAT prep tests are the hardest?

All of them. LSAC uses a process called “normalization” to equalize the difficulty of each LSAT. For LSAT prep tests with tougher questions, test-takers can get high scores with fewer correct answers.

What LSAT prep course should I buy?

LSATMax is the leading comprehensive LSAT prep course available in the Apple App Store and the Google Play Store, with thousands of five star ratings and a 17-point average score increase.

How do I choose my LSAT prep course?

Choose an LSAT prep course, such as LSATMax, that includes access to a full curriculum and every published LSAT for as long as is necessary to achieve your desired LSAT score. This may take 6+ months.

Why are LSAT prep courses so expensive?

How much should I spend on LSAT prep?

LSAT prep can cost several hundred to several thousand dollars, depending on what study method you choose. LSATMax offers free full scholarships to low-income students who have an LSAC fee waiver.

Should I pay for LSAT prep?

Paying for an LSAT prep course and/or tutoring will increase your chance of achieving your desired score. LSATMax students increase their LSAT scores by 17 points on average.

How long does an LSAT prep test take?

A four-section LSAT prep test takes 140 minutes, or two hours and twenty minutes, not counting any break time between sections. Some students may receive extra time due to disabilities.

When should I take the LSAT prep course?

Take an LSAT prep course when you have time to dedicate at least 180 hours to LSAT preparation over a 4-6 month period, and at least 6 months before you plan to apply to law school.

How long is an LSAT prep course?

How early should you prep for the LSAT?

LSAT scores are valid for five years, so you can prep for the LSAT anywhere from five years to six months before you intend to apply to law school.

How many hours should I prep for the LSAT?

Prepping for the LSAT takes about 180 hours of study time, across a 4 to 6 month period. Students needing a larger LSAT score increase or who cannot study regularly may need more time.

How long does it take to prep for the LSAT?

Plan on a total of about 180 hours of LSAT prep before your test: 80 hours to complete an LSAT prep course (including homework) and 100 hours of self-directed practice and review.

What is the best LSAT prep book?

Are LSAT prep books worth it?

Official LSAT prep tests are absolutely necessary for LSAT preparation. Additional books are a worthwhile investment for LSAT students, but may need to be supplemented with a course and/or tutoring.

Can I use an old LSAT prep book?

Where can I take LSAT classes?

LSAT classes are offered in-person in most major metropolitan areas in the United States. Online LSAT classes, such as LSATMax, can be taken from anywhere in the world.

Older LSAT prep tests may contain questions of a type or style not seen on the modern LSAT, but they are neither harder nor easier than today’s tests. LSAT scoring equalizes the difficulty of all LSATs.

How do you prep for the LSAT?

You can prep for the LSAT by self-studying with books, taking an in-person course, taking a self-paced remote course like LSATMax, and/or studying with a private tutor.

Find the Best Law School Near You. 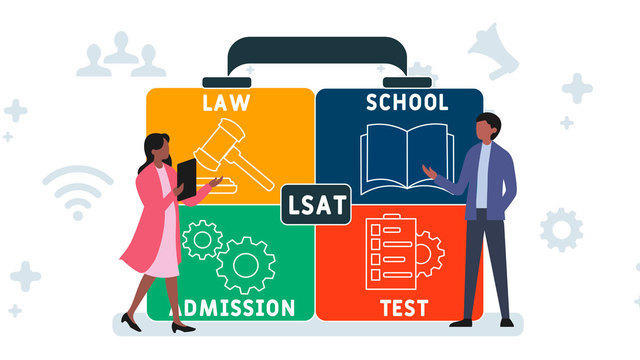 A Glimpse of Logic Games' Future? 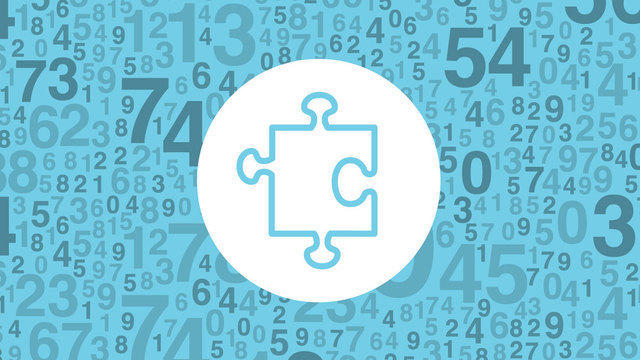 Logic Games By the Numbers

Our Customers Love Us!

Trustpilot
GET $100
REFER A FRIEND