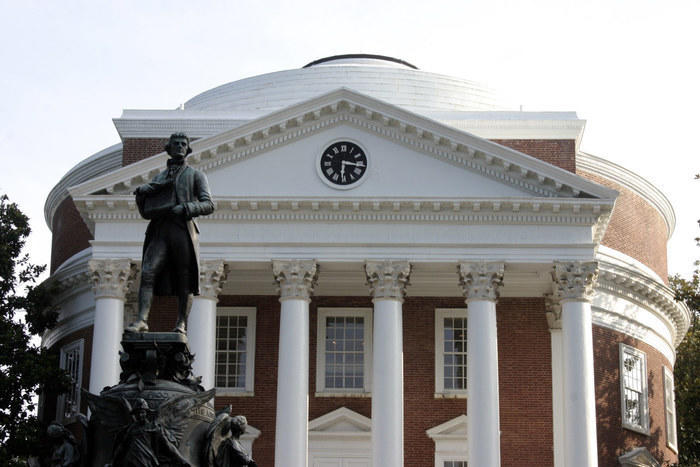 The judicial epicenter of the United States attracts talent. Washington, D.C. is home to the highest court, the Supreme Court, and hundreds of lawmakers. It has cultivated a burgeoning pool of future lawyers who are ready to test their talents.

Virginia also has one of the richest legal histories of any state. It is home to numerous Founding Fathers and Supreme Court justices. If you were picking a law school based on the state alone, Virginia would be it.

The abundance of options can make finding a law school feel overwhelming. We are here to calm that apprehension. We have taken the time to research and rank these eight schools:

The School of Law at the University of Virginia is one of the most prestigious programs in the country. It produced U.S. Supreme Court Justices Stanley Forman Reed and James Clark McReynolds. It also ranks in the top ten nationally in employment outcomes and number of partners.

It also hosts ten academic journals, including the Virginia Law Review, one of the most cited law journals in the country.

Washington and Lee University School of Law is a small private school in Lexington. The program stipulates that first-year students take foundational courses before moving on to advanced coursework. During the third year, the school replaces electives with hands-on client experience.

WLU School of Law ranks highly on several metrics, including cost-of-living, alumni satisfaction, value, influence in legal education, and practical training. The school is the 16th oldest in the country and the third oldest in Virginia.

The Marshall-Wythe School of Law at the College of William & Mary is the oldest law school in the country. Founded in 1779, the school is the brainchild of then-governor Thomas Jefferson. It offers programs such as family, tax, and immigration law, as well as eight clinics.

The George Mason University School of Law became the Antonin Scalia Law School in May 2016. It ranks only behind Georgetown and George Washington University in D.C. ASLS also has the fifth-highest bar passage rate in Virginia.

ASLS thrives in numerous fields, including antitrust, communications, immigration, intellectual property, personal, and tax law. It is well-known for its scholarly impact, ranked 21st based on per capita citations. U.S News and World Report also ranked it as the fourth-best part-time law program in the country.

Richmond Law is known as a top-tier selective program. Only 31.9 percent of applicants make enrollment.

The selectivity is merited. U.S. News and World Report, the National Jurist, and Princeton Review all rank it as one of the best in the country.

The school is home to the Institute for Actual Innocence, which seeks to exonerate wrongful convictions.

The ABA-approved program opened in 1994 and welcomed its first class in 1997. One unique feature is that it requires students to spend 25 hours each semester on community service. Only 11 other schools have similar requirements.

Liberty University School of Law is a private, Evangelical Christian program in Lynchburg. The accredited program offers degrees for Juris Doctor, Master of Laws, and Master of Studies in Laws.

The school has an exceptional bar passage rate, hitting 95.65 percent in July 2018. The rate tied with the University of Virginia for the highest mark in the state.

The national ranking of Liberty University School of Law is meant to provide a range. U.S. News and World Report do not offer specific ranks for universities toward the bottom of its list. Instead, 146 — 192 suggests that the schools are in the bottom 25 percentile.

Regent University Law School is a small, private Christian program in Virginia Beach. The school opened in 1977 under the guidance of Dean Herb Titus. It has garnered national attention for excellence in moot court competitions, ranking sixth in the country in 2015.

Students at Regent University can pursue Juris Doctor, Masters of Law, or Masters of Arts in Law degrees. It had the highest overall bar passage rate in Virginia in July 2017 and February 2018, at 94.59 and 81.82 percent, respectively. Ninety-two percent of graduates are employed within ten months.