Home LSAT Prep The LSAT Edge What Types of Q... 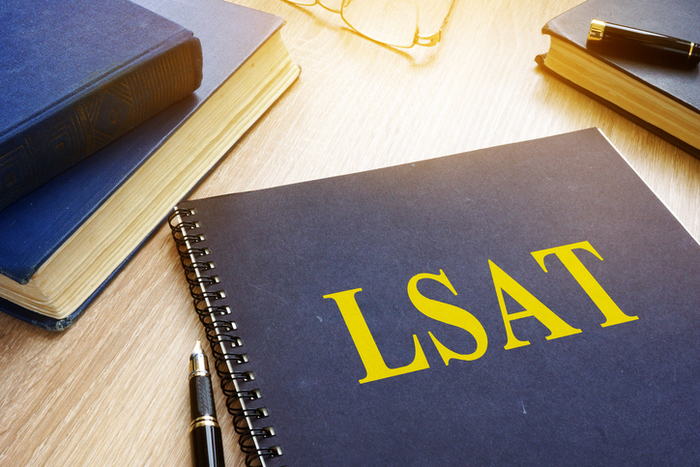 The LSAT consists of six 35-minute sections. One of these sections will not be scored because it contains experimental questions being tested by LSAC; but you won't know which one wasn't scored until you see your results. Five of the sections feature three types of questions:

The sixth section is an unscored Writing Sample. However, writing samples are sent to all the law schools where you apply.

Here's what to expect from each section:

Reading comprehension is an essential skill for any law student or lawyer. To succeed in the legal profession, you'll need to be able to read dense contracts, laws, and documents with accuracy and precision. You'll need to be able to deduce how the given circumstances of a case compare to the law, or how facts compare to the stipulations of a contract.

This section tests your ability to exercise these skills. It consists of four sets of questions. Three sets feature one passage followed by 5-8 multiple choice questions. The fourth set features two passages and 5-8 multiple choice questions that test your ability to compare them (aka Comparative Reading). The passages will not necessarily be about the law. They might come from the world of biology or social sciences. It doesn't matter if you know nothing about the topic of the passage beforehand; the purpose of this section is to test how you respond to the information that's presented to you.

The questions might ask you to identify the main idea of the passage, what is certain, or what could be inferred.

Here are two examples from the LSAC's official 2007 Prep Test:

Which one of the following is most analogous to the literary achievements that the author attributes to Dove?

Each of the two passages mentions the relation of music to

It's often helpful to draw a diagram when working out the solution to each question. The type of thinking tested in this section is instrumental in legal problem solving.

A company employee generates a series of five-digit product codes in accordance with the following rules:

The codes use the digits 0, 1, 2, 3, and 4, and no others. Each digit occurs exactly once in any code. The second digit has a value exactly twice that of the first digit. The value of the third digit is less than the value of the fifth digit.

If the last digit of an acceptable product code is 1, it must be true that the

We have a section available to explore that offers LSAT practice videos for logic games as well.

Two sections of the LSAT test your Logical Reasoning and your ability to analyze arguments. The sections typically feature short passages followed by one question about the passage and might ask you to identify how two people approach the same argument differently, recognize a flaw in an argument, or point out the assumption that someone has made.

Law is not usually the subject of the passage, which might be taken from a magazine, newspaper, or advertisement. Command of legal jargon is not necessary, but the ability to understand arguments, premise, assumptions, and conclusions are.

The sixth section of the LSAT requires you to write an essay. While the writing sample is not scored, it's an important way to show a school that you have the writing skills necessary to complete law school and excel in the legal profession. It's also a way for law schools to make sure that you wrote your own application. If the quality between your application and your essay doesn't match, suspicions may be aroused.

The writing prompt asks the test taker to choose between two positions. There's no right or wrong answer; both sides can be soundly defended. Your essay should show off your ability to effectively support your choice in a timed environment.

Here's an example from LSAC:

Denyse Barnes, a young country music singer who has just released her debut CD, is planning a concert tour to promote it. Her agent has presented her with two options: she can tour as the opening act for Downhome, a famous country band that is mounting a national tour this year, or she can be the solo act in a tour in her home region. Using the facts below, write an essay in which you argue for one option over the other based on the following two criteria:

1) Barnes wants to build a large and loyal fan base.

2) Barnes wants to begin writing new songs for her next CD.

Downhome is scheduled to perform in over 100 far-flung cities in 8 months, playing in large arenas, including sports stadiums. This ambitious schedule would take Barnes far away from her home recording studio, where she prefers to compose. Downhome's last concert tour was sold out, and the band's latest release is a top seller. Many concertgoers at large arenas skip the opening act. But it is possible that Barnes would be invited by Downhome to play a song or two with them.

The solo tour in her home region would book Barnes in 30 cities over a 4-month period, including community theaters and country-and-blues music clubs, a few of which have reputations for launching new talent. These venues have loyal patrons; most shows are inexpensive and are well-attended, even for new talent. Barnes would have a promotion budget for her solo tour, but it would be far smaller than that for Downhome's tour.

Acing the LSAT doesn't require you to know much about the law itself, but it does require you to possess many of the skills that working in law mandates, which mainly include the following: accurate reading comprehension, the ability to analyze relationships, make inferences, and effectively argue for a course of action.

These skills can be honed, and we're here to help with available resources, including our LSAT prep course, and free LSAT prep resources.